Nike once again finds a new way to add a twist to obtaining its most coveted drops, this time with the Off-White Air Max 97 Elemental Rose “Queen” silhouette launched as part of a capsule celebrating Serena Williams’ 18th U.S. Open appearance.

Yesterday (August 27, 2018), Nike re-released the “Queen” shoe on its SNKRS app using an unannounced launch aka a shock drop.

In order to purchase the shoe, the buyer first was required to scratch/rub an image of the shoe’s blank Off-White zip tie to reveal the copy. If properly executed, a video featuring Williams and Virgil Abloh was shown, followed by access to purchase the shoe.

The shoe was first released on August 20th on the SNKRS app but was only available to individuals located in New York City. Off-White, Kith and Dover Street Market’s New York locations also had a very limited number of pairs, which were available through a raffle system.

Note that the capsule also includes a Nike x Off-White Blazer Mid, which hasn’t dropped yet. [Update: the Blazer dropped shortly after 11:00 AM EST on October 25th.]

On top of the launch, Nike also released a new ad featuring Williams and her father that you can check out here. 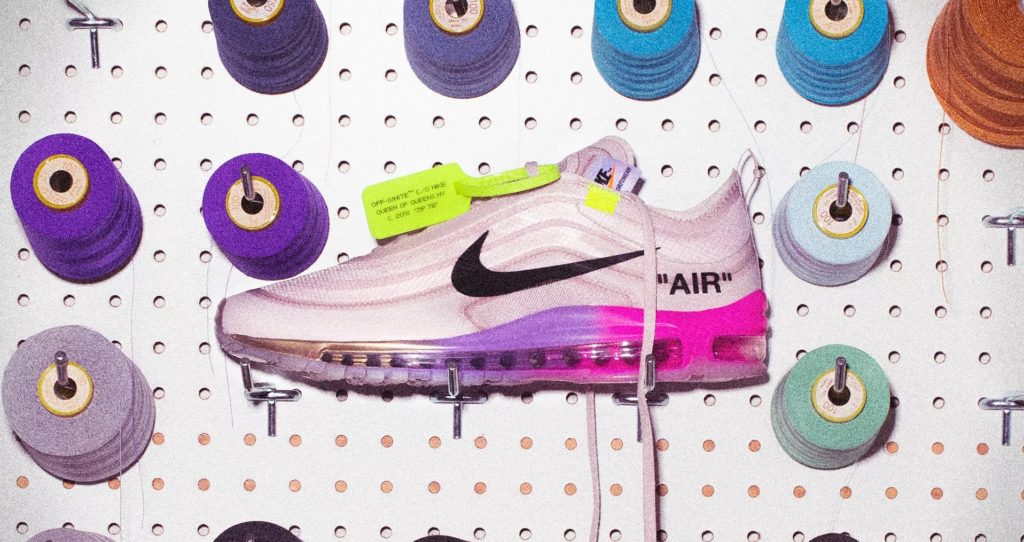