During his Coachella “Sunday Service” performance in April 2019, Kanye West was spotted in a previously unseen white scuba boot silhouette. While little was said about the shoe at the time, Highsnobiety has followed up with an up close look at the shoe.

Revealing a steel blue version of the minimalist silhouette, the upper features a contrast stitched neoprene fabric, which sits atop an thin rubber sole. The shoe lacks any branding at all and thus they’re indistinguishable from a regular degular pair of diving boots.

According to Highsnobiety, the multi-talented creative may have been inspired to build after a recent visit to Adidas’ headquarters where he spent some time going through the brand’s catalogs. According to staff, he was particularly interested in Adidas’ version of a luge racing boot.

As of now, there’s no additional information about the price or timing of the launch. 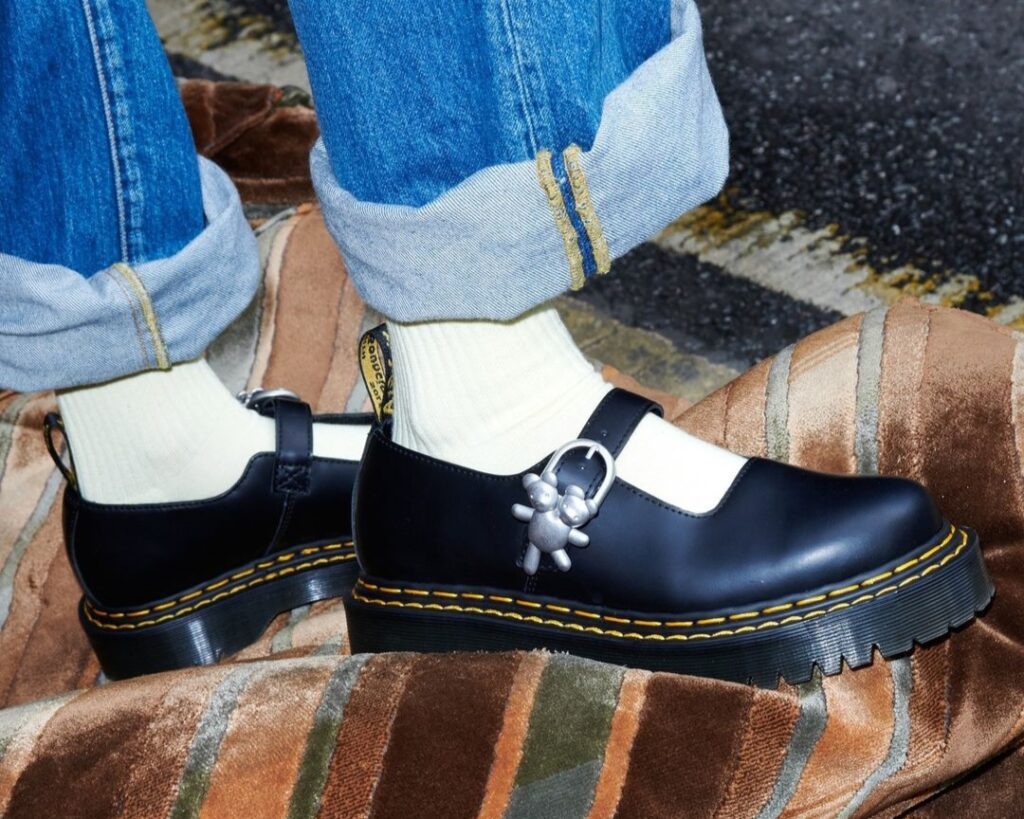 Dr. Martens and Heaven by Marc Jacobs have joined forces again, this time on a Addina DS BEX,