Rihanna‘s “Bitch Better Have My Money” video (watch it here) as styled by Mel Ottenberg was packed with amazing looks. Reflecting the singer’s signature aesthetic, she mixed up items from favorites like designer Adam Selman and Tom Ford with pieces from lesser known, edgier labels.

We’ve detailed most of the main items she wore in each scene though there is more to uncover, including fashion worn by the kidnapped blonde (model Rachel Roberts), as well as her two crew members (Sita Abellan and Sanam Sindhi) and the accountant (Mads Mikkelson).

Check out all the details below.

One of the stars of the video that shows up in the first scene is a Goyard trunk, a vintage piece owned by Rihanna. In the three images below, all showing Rihanna’s first outfit in the video, she is wearing a maxi-length pin-striped coat featuring flower details by Russian designer Ulyano Sergeenko; the tee shirt underneath it is by Adam Selman, who is known for designing the infamous crystal dress she wore to the CFDA awards in 2014. As part of the same look, she is wearing over-the-knee Vetement boots from the label’s Spring 2015 collection. 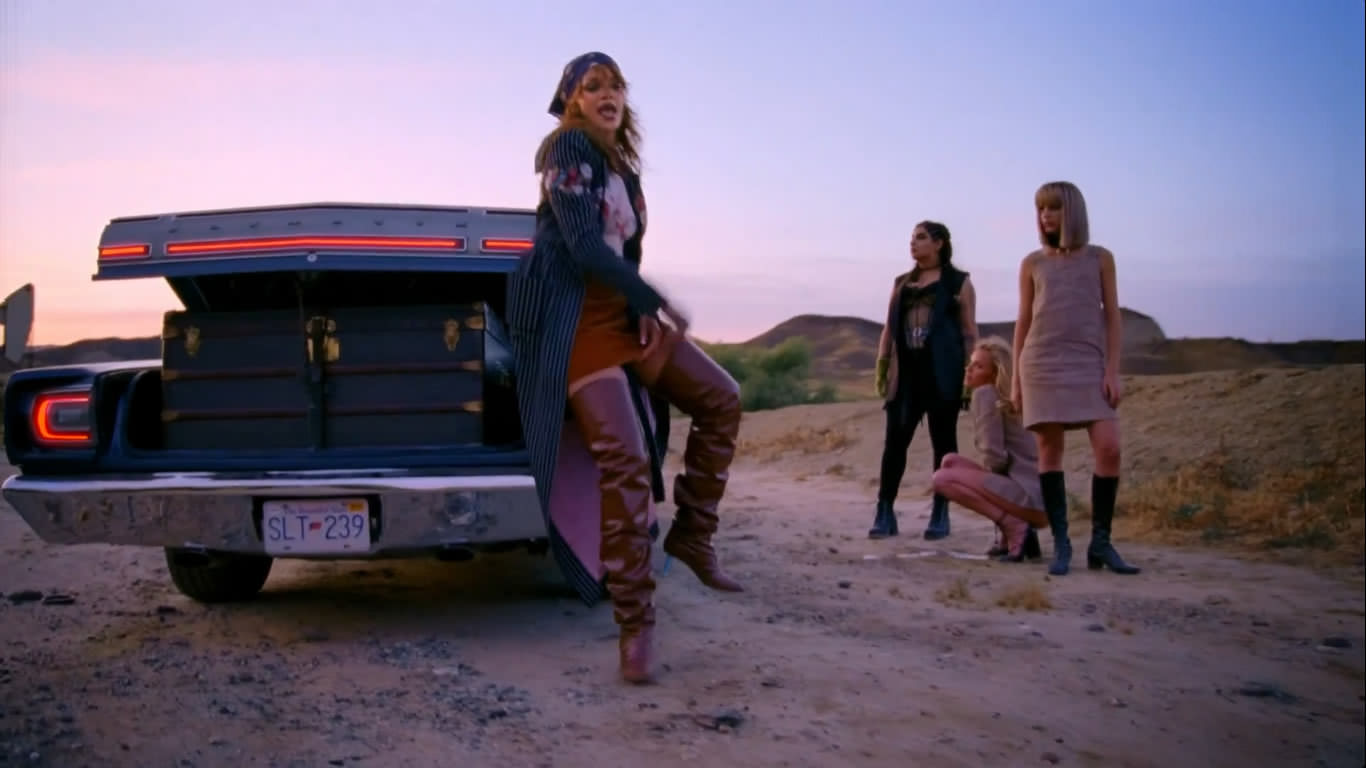 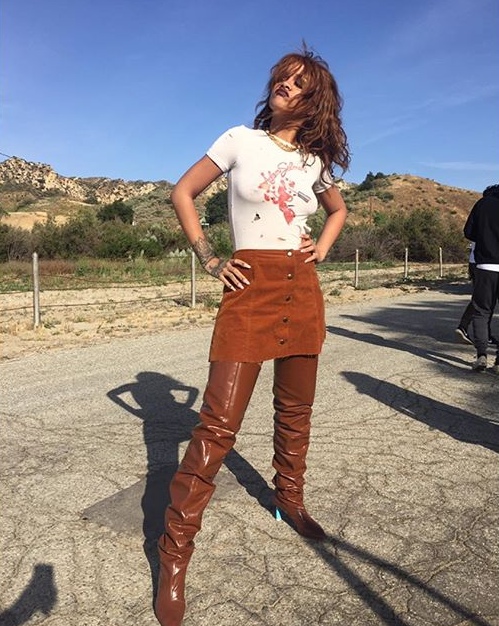 Rihanna’s second, denim-themed outfit (below) is Tom Ford fall 2015; underneath the jacket is a black bustier by Cadolle. 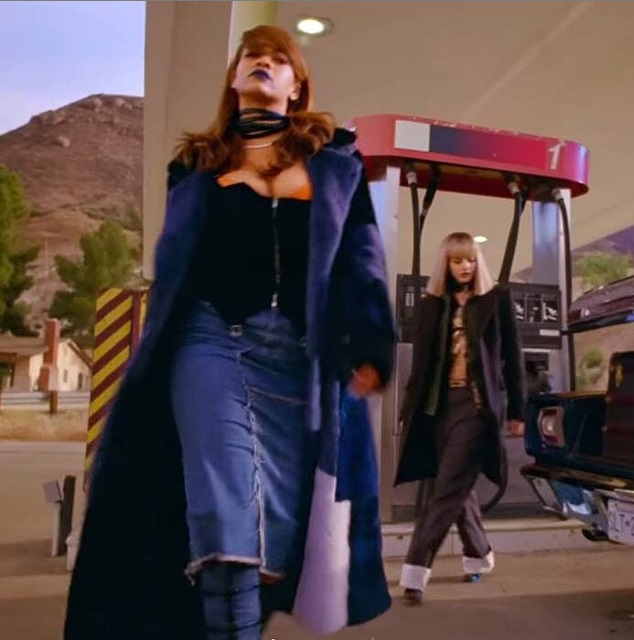 In the third scene, which takes place on a yacht, Rih is wearing black patent and clear loafers and latex lab gloves by Maison Margiela. In the seedy hotel scene that follows, Rihanna enters the room wearing a clear vinyl coat with fur trim by Wanda Nylon. When she and her two crew members take a dip in the pool with their captive, Rihanna sports sunglasses by French label Dior (which she is currently the face of) and a latex headband by Chicago-based Vex Clothing. The final scene of the movie takes place in the dark of night at her thieving accountant’s home, which she enters wearing a suit by Stella McCartney and a black and white fur stole (once again, shades of Hyein Seo) by Marc Jacobs, both of which are from Autumn 2015 collections. When finally Rihanna exacts her revenge on the bitch of an accountant, she is wearing a blood proof, latex dress and gloves by Lex Clothing. A black hoodie teased by Rihanna on Instagram stories in early January, has been revealed as part of